It should be common knowledge for anyone that a piece of news is covered differently in different countries for the same topic.

As many news agencies are mostly state-owned or state-sponsored in some capacity, the difference in coverage is mostly due to geopolitical reasons.

However, it can also be a function of the respective countries' battle for leadership in a certain issue or the political leaning of the countries involved (e.g. liberal or conservative).

Those who claim the news source of their choice is unbiased is either biased themselves (i.e. the news agency conforms to their bias) or is not exposed to the inner workings of a news agency.

As there are billions of news to report each day around the world, the news agency and its journalists will have to pick and choose which news to cover, as it could be a matter of profit or loss and career progression. Recently, it has leaned towards news that is more "click-worthy".

Hence, a news agency covering news of another country will usually choose the one that incites the most emotion (mostly rage) or conforms to their state's agenda.

Whilst I did perform an analysis of COVID in Singapore, I found Malaysia's more interesting as it uncovers the stronger bias in news agencies. You'll understand why Singapore's coverage and the difference by news sources are relatively uninteresting despite the scale of the crisis.

Four news agencies are selected for the analysis:

It might seem biased that I did not link any articles accusing Malay Mail and Channel News Asia of bias, but that's because there is no such article. Malay Mail is a fairly small player in Malaysia, while freedom of the press is a touchy subject in Singapore so it's expected that there's not much criticism there.

The selection of coverage is based on the top news articles of the news agencies' websites of the topics chosen. This is done by running searches on Google in this manner:

which will list all the news agency's coverage of the topic. 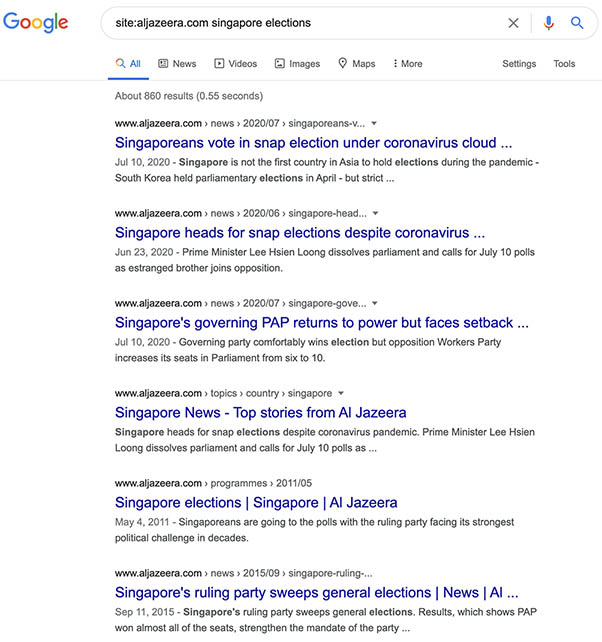 Then, the code to scrape the Google search results is used. Some filtering is done to exclude non-article pages, as seen in the results 4 and 5 in the snapshot above.

The scraping of article text is done by analysing the four websites and finding the CSS selector for the article body's text. The following is the example code for BBC.

In the BBC example, "story-body__inner" is the CSS identifier for the div that contains the main article text. 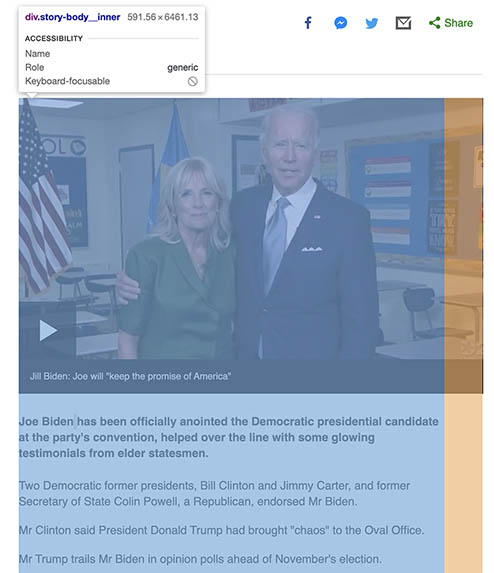 To analyse all the accumulated texts quickly, a word cloud is generated using the Python WordCloud package.

With this methodology, the following are the results of the two news topics.

Note: The analysis results below are generated on 19 Aug 7 pm GMT+8. Significant changes might have happened when this post is published and certainly when you read it. 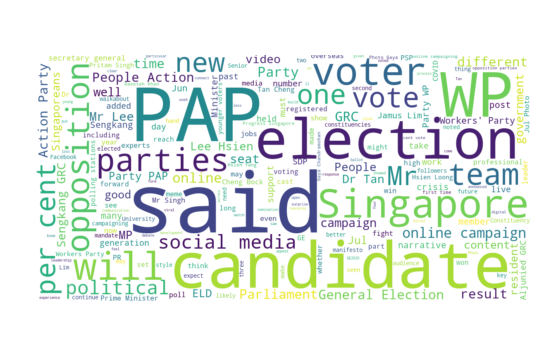 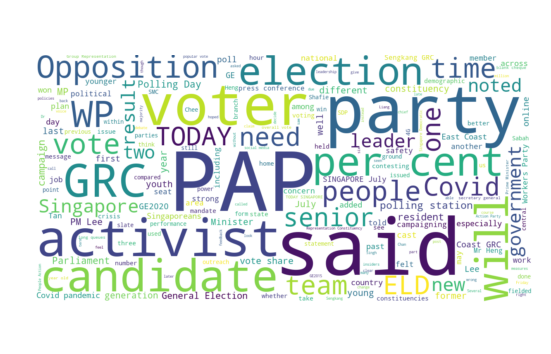 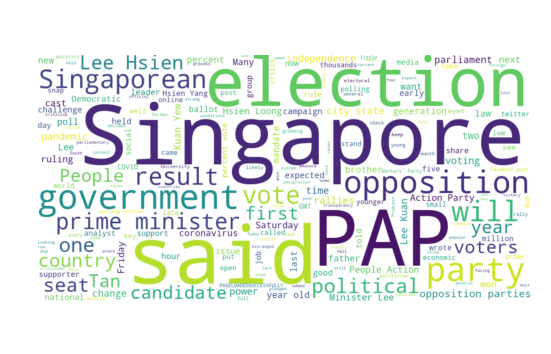 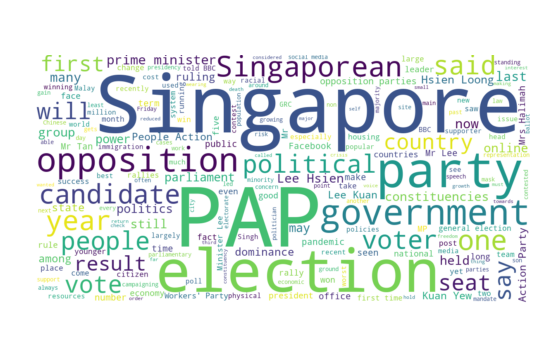 As mentioned in point 1, it's important to also understand that Singapore has a strict anti-fake news law, which allows the government to charge any actors for portraying Singapore or the government in an unfavourable manner or spreading news deemed to be fake. The truthfulness of the news, of course, is judged by the government.

Since several global news agencies have a presence in Singapore (e.g. CNBC, BBC), it effectively places them in a position of conformity to the government's narrative i.e. Mediacorp's news coverage (Channel News Asia's parent company).

BBC can be charged by the fake news law as the coverage of Singapore's news will be led by their Singapore office, while Malay Mail doesn't have a presence in Singapore, hence their ability to cover the news vastly differently versus the other three sources.

This situation applies to Hong Kong also where several global news agencies have a presence there. 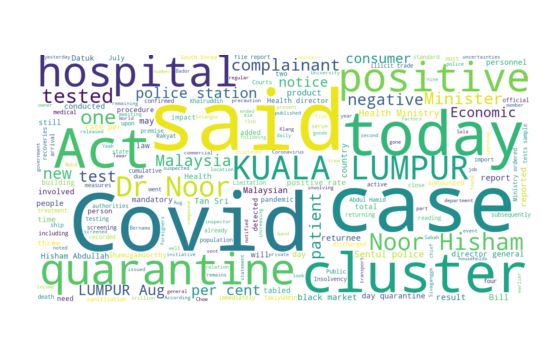 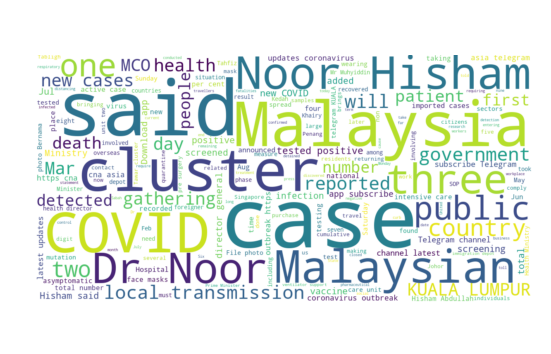 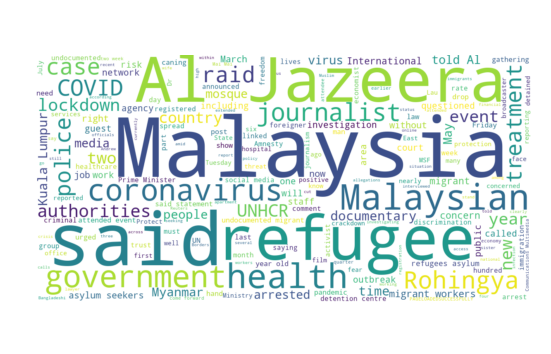 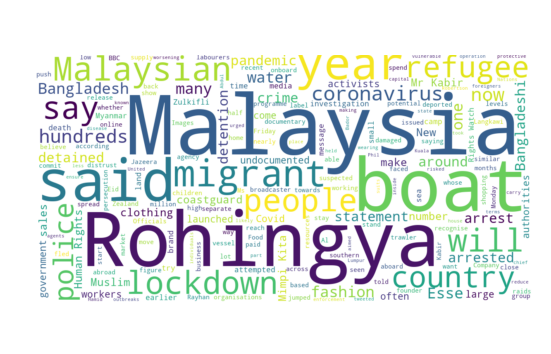 Nevertheless, It's very sensible for a global news agency to not cover much about a small country's response to COVID, but only on the most click-worthy news.

Al-Jazeera is an exception since Qatar and Malaysia are rivals in the battle for Islamic leadership, both politically and financially. It makes a lot of sense to portray Malaysia in a bad light to the rest of the world.

While it's arguable that Singapore can benefit from covering Malaysia's COVID response negatively, it's more sensible to be on friendly terms during a "shared" crisis.

Perhaps the analysis of Singapore's coverage would be more different if it was done earlier when Singapore was relatively untouched by COVID-19.

This post is not meant to stoke suspicion in authoritative news sources nor attack any particular news agency.

It is meant to highlight the need to diversify one's news source, not just in the source but the locale the news is from as that can have a big influence of how a piece of news is covered.

I implore you, readers, to not rely on Facebook or any social media or feed-based medium for news.

Always go on a lookout and search for news for yourself.

Find authoritative, relatively unbiased news sources and, if able, subscribe to them. Have a mix of local, regional and global news so that your outlook of the world is less narrow and more nuanced.

In a world where anything is searchable in an instant, search for any news that you've received in your feed to find more coverage about it rather than just relying on one source. 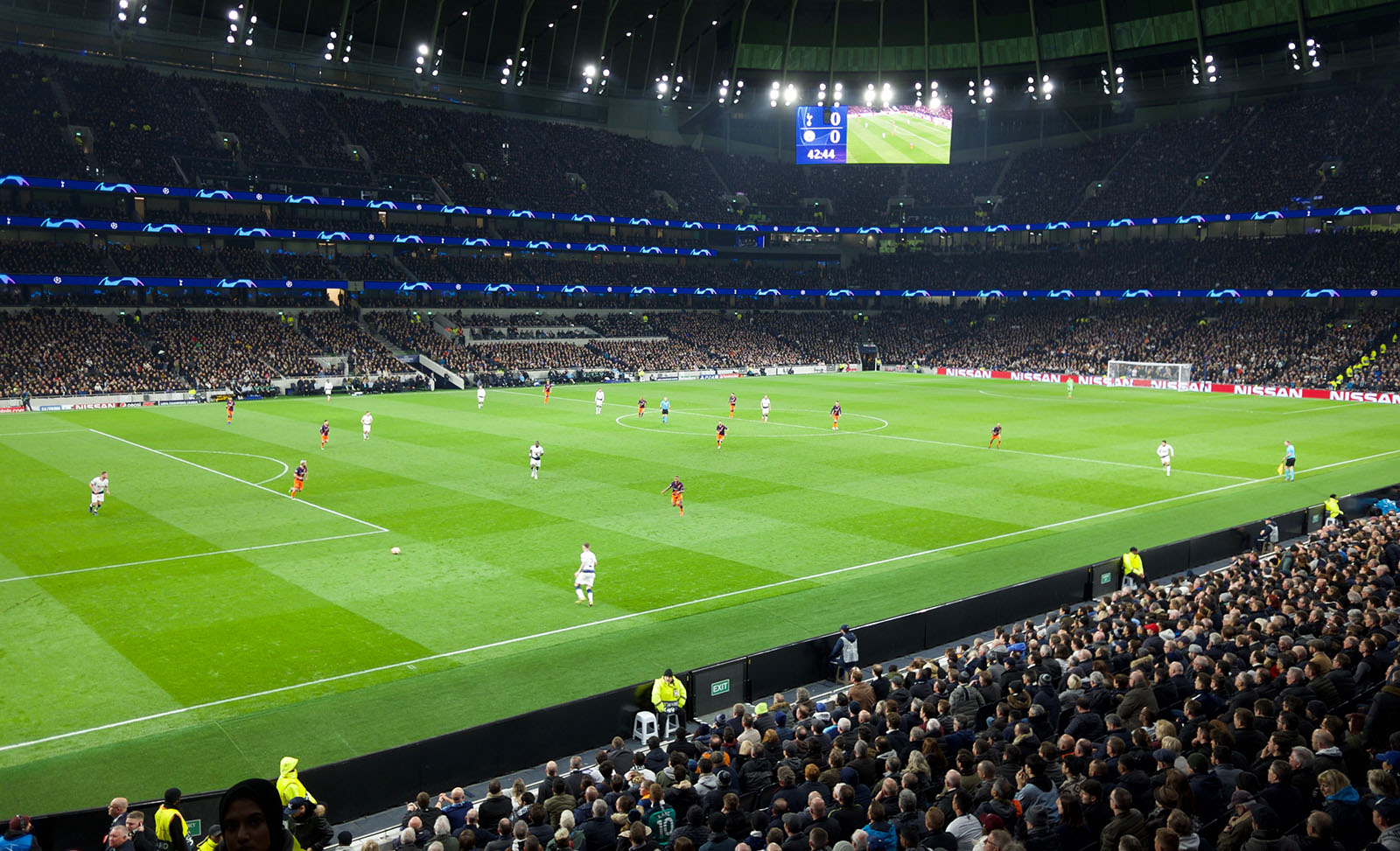 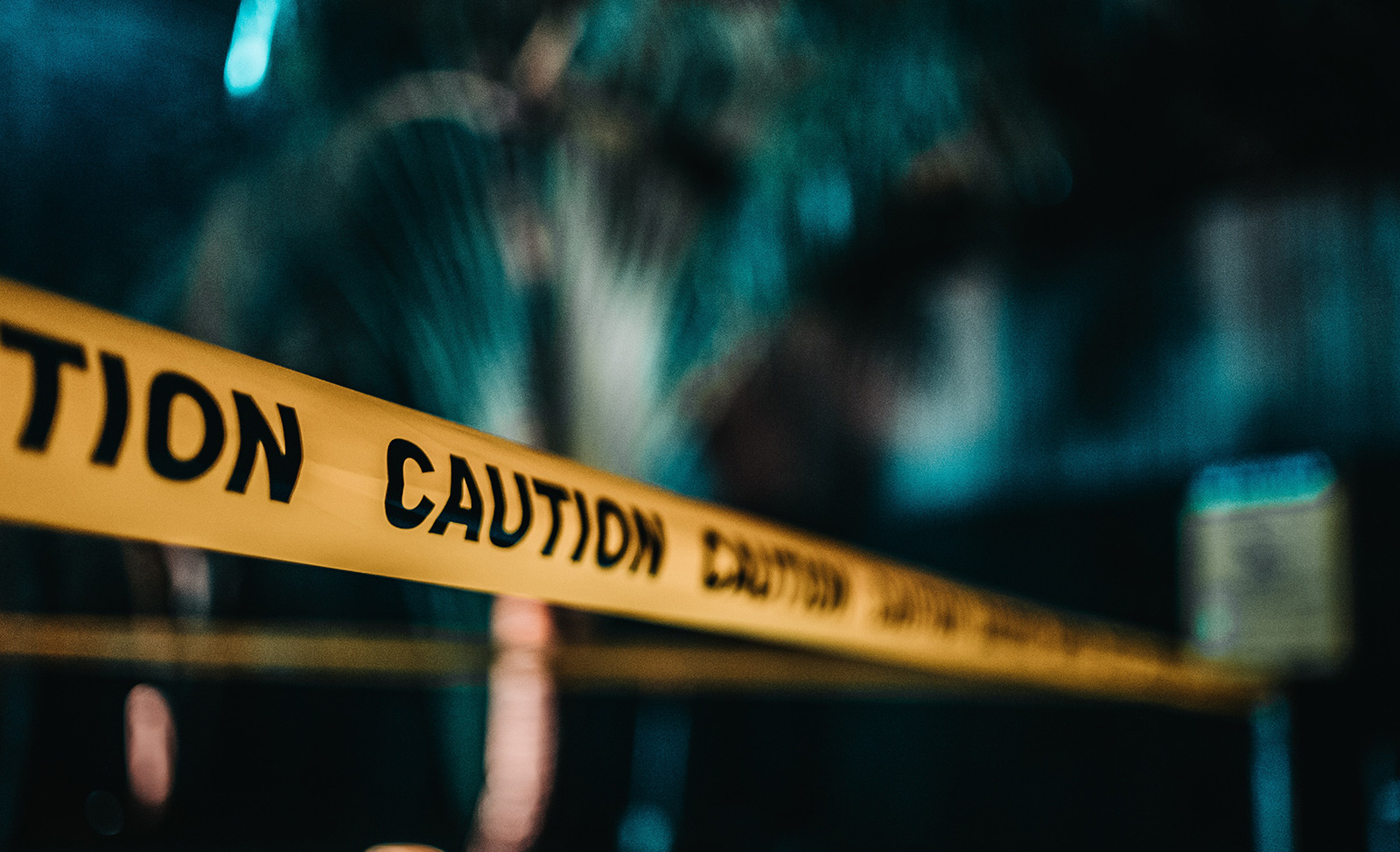 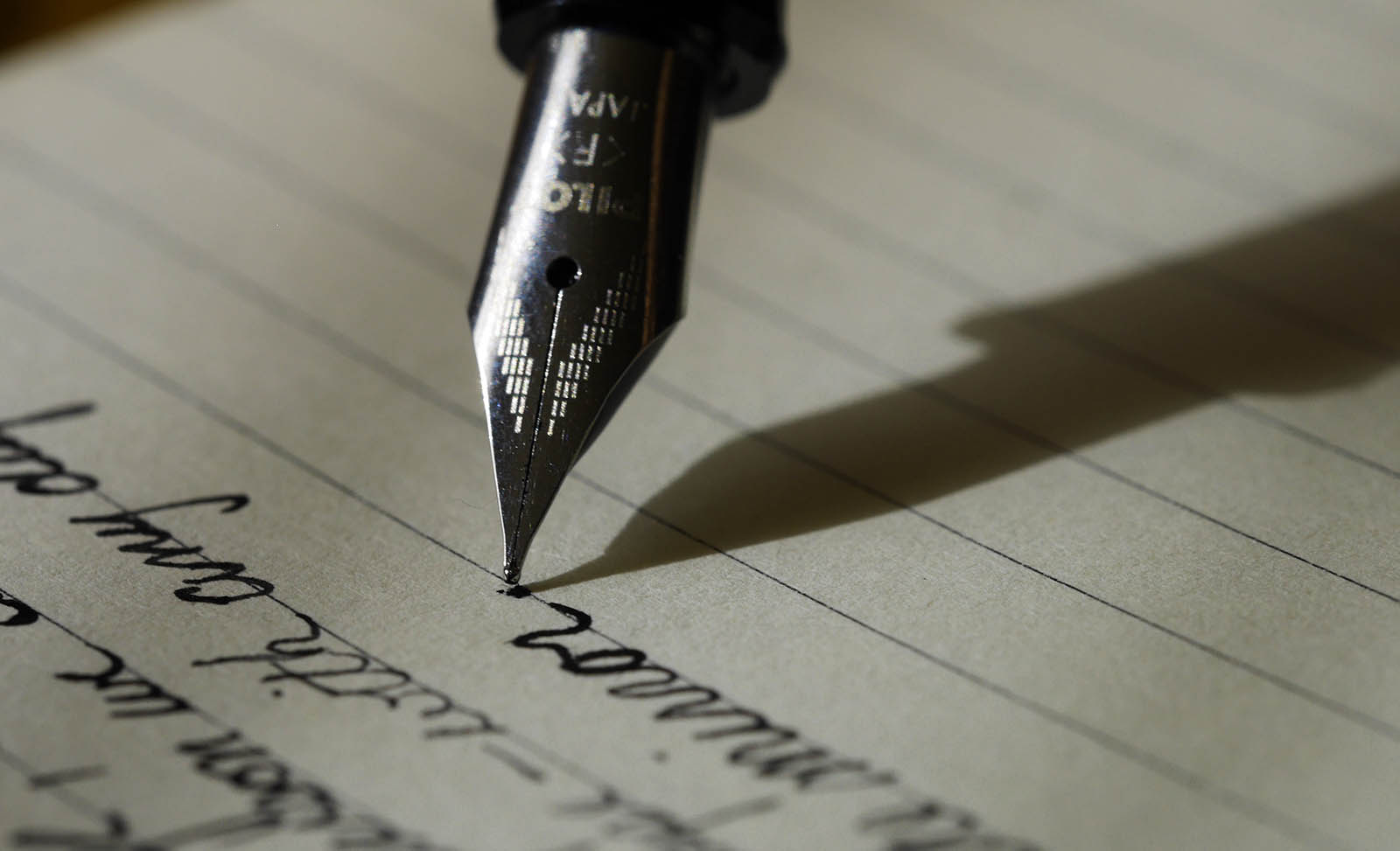