In an unforeseen but unsurprising new development in the space of digital marketing, Google has moved to restrict the visibility of actual user's search terms from the Google Ads platform.

It's unforeseen as there wasn't any signal warning us about it.

Yet, it's unsurprising as Google has been moving towards dumbing down their platform for quite some time. Just look at the "Smart" campaigns and Universal App Campaign (UAC) that strip autonomy and control from the advertisers in favour of their automation system.

In Smart campaigns, it's framed as a solution for Small Business or Local Business owners, which is a very fair thing to do. That's an avenue of expansion that they desperately need to grow their ad revenue.

However, in UAC, a part of me feels that this is a monopolistic move to strip the ability for advertisers to get the best value for their advertising monies.

Why so? It's because UAC has become the only way to advertise on Google's mobile ad network a.k.a. AdMob. There's no alternative unless you build an app landing page and run a regular, paid campaign.

Advertisers who are super users could choose not to use Smart campaigns. From my experience, you can get better efficiency and results with a traditional campaign structure.

However, in one fell swoop, Google has turned against their super users.

Using Search Engine Land's free script with slight modifications, we're able to analyse some of our client accounts with significant Search spend. Below are some of the results we saw, the common theme being a sudden increase in unidentified search terms on Sep 2, 2020. 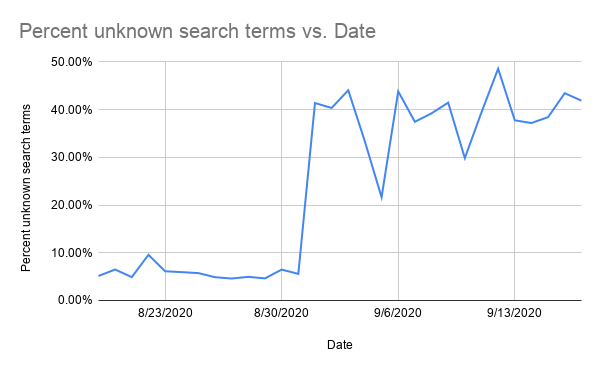 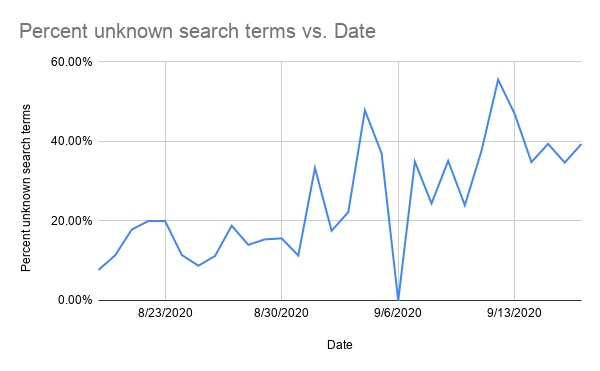 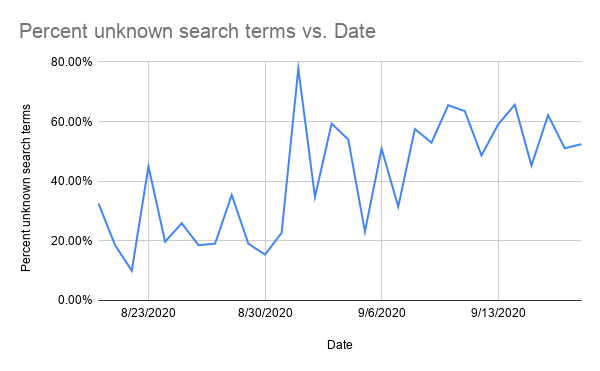 Some observations we made:

Ultimately, we've lost a key avenue to optimise our Google SEM campaigns, effectively causing our clients to spend more than they should.

Making Sense of It

While Google reasoned that their move was to "maintain our standards of privacy and strengthen our protections around user data", I struggle to grasp how the search terms we used to have were able to violate someone's privacy.

Google has censored search terms that exposes a user's identity in the past e.g. a user searched with their email address and clicking on your ad. That made sense.

However, the recent move is explained this way:

"only includes terms that a significant number of users searched for, even if a term received a click"

which strays away from Personally, Identifiable Information which was the previous stance that made sense.

I understand that if used in a specific way, the Search Terms report could be used to identify the behaviours of a micro-targeted group of users. However, is that the most effective way of digital espionage?

The recent move feels more of a cheap way to increase their advertising revenue.

What will happen in the Future?

There are a few ways to look at this.

In the most pessimistic view, this could be a sign of Google's slow creep towards removing all optimisation levers in the Google Ads platform, effectively making everything a Smart campaign.

If my opinion that Google chose to do this to increase their advertising revenue, it'll be very likely that Google continues to stretch this further if no significant backlash occurs along the way.

However, a few things could happen that could prevent this:

While no. 1 is pretty much happening already, I don't see that causing Google to reverse their decision.

The general public will easily support any company that "fights for their privacy", even though they don't understand how it is protected or if it's protected properly at all.

Lawmakers, as democratically-elected representatives, would not go against the general public who voted for them. Hence, unless there's a huge, HUGE backlash, lawsuit or boycott against Google, I don't see it being reversed cause of no. 1.

A possible discussion that could tilt the balance of the discussion is the breaking up of Big Tech as the current practice could be seen as a monopolistic behaviour.

But even if Google were broken up, they could double down further to milk more out of their advertisers.

No. 2, if it happens at the right time, could aid in reversing Google's trajectory towards "Smart" campaigns and would double down on advertisers need for data to ensure brand safety.

In a more optimistic view, this is not the end-of-the-world as Google Ads have undergone plenty of transformation over the years. Some of the new features have been very useful to advertisers.

Advertisers and agency would hence need to adapt to this new landscape, as is the nature of the digital marketing world.

Perhaps more third-party solutions would emerge for advertisers and agencies to vet their search appearances instead of just relying on Search Terms report.

I agree with Kirk Williams' post on Search Engine Land that the most important question moving forward is "what data rights do advertisers possess".

Should all advertisers be impacted by the restriction of search terms data equally?

In recent years, due to GDPR, more and more investments into security compliance and practices have been made by companies. Could companies, which abide by a high standard of security and privacy, be allowed to access more data?

Think of it as a "Super User" tier vs regular Google Ads users.

The Super User subset could opt for more data provided by Google at the expense of higher security scrutiny by Google or the removal of certain automation features.

While this, if it happens, sounds interesting, it's debatable if Google could invest into a new division to scrutinise advertisers' security compliance when their Support team is already so underfunded (from all my painful experiences with Google Ads Support).

I believe this change is inevitable as Google needs its advertising revenue to grow.

While there is hope for the decision to be reversed, I foresee that digital marketers would simply adapt to this new environment and build tools and practices to circumvent this limitation.

We, digital marketers, chose this industry of constant evolution and transformation as our path, and we'll need to continuously evolve and transform ourselves to continue growing ourselves and our businesses. 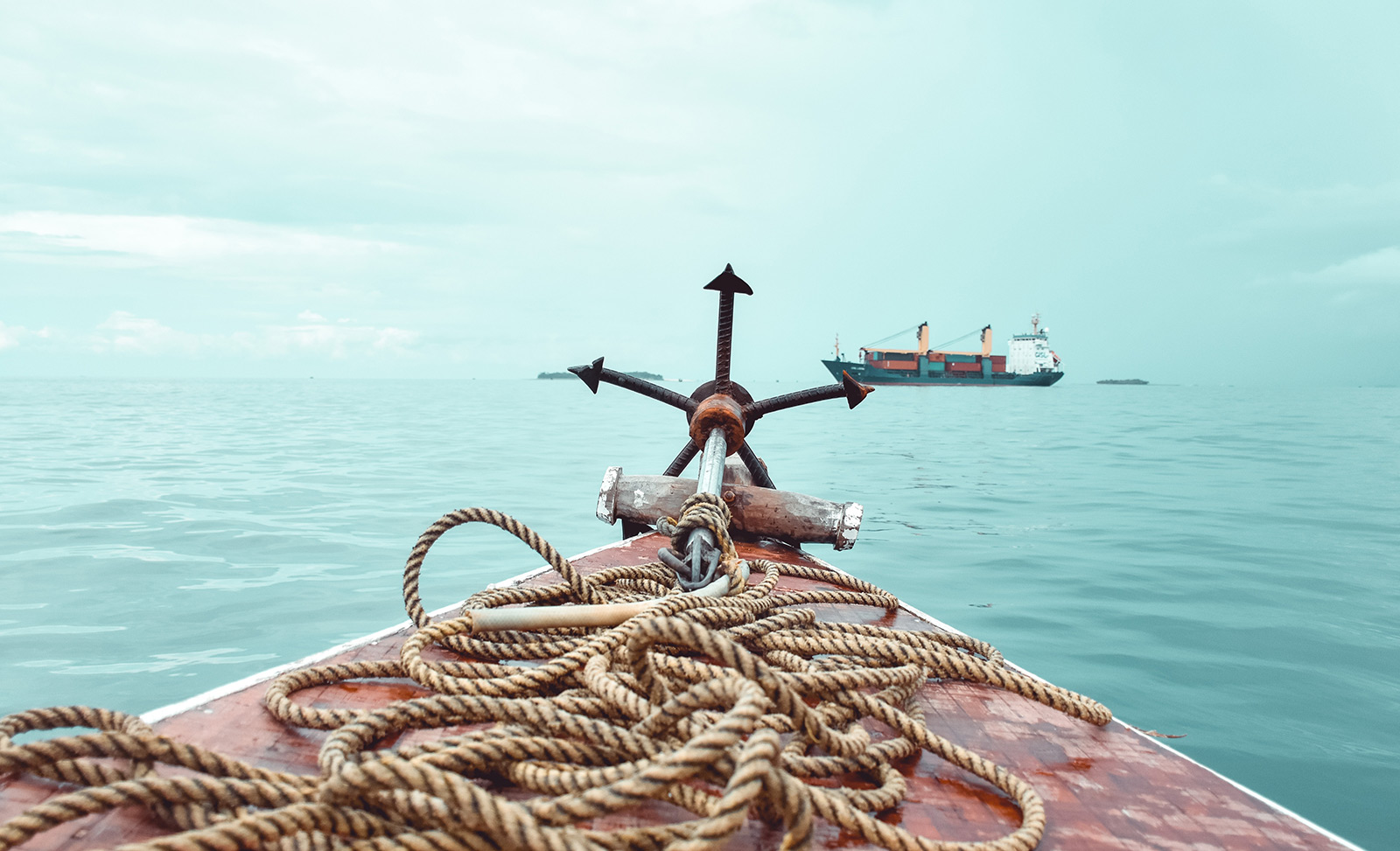 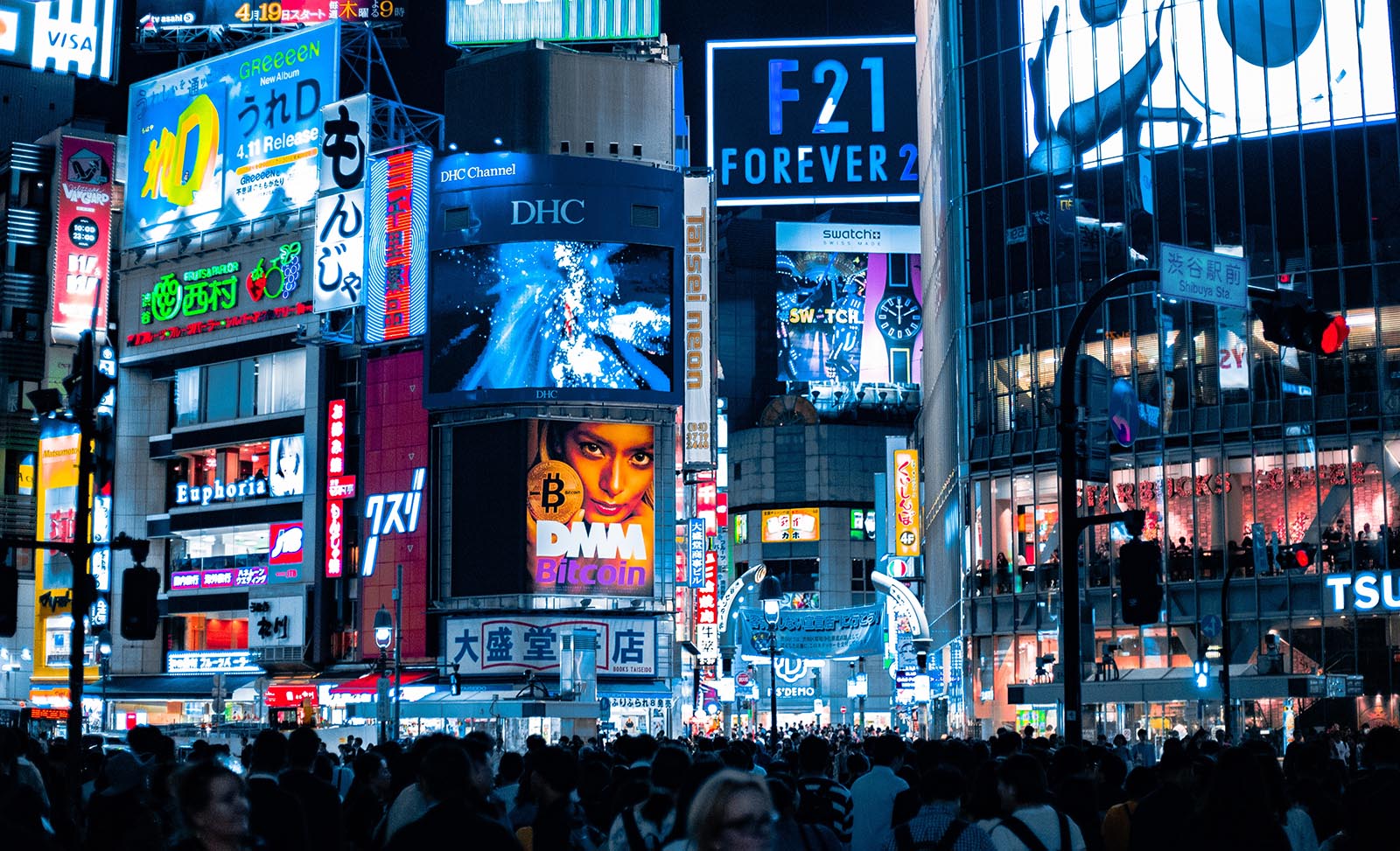 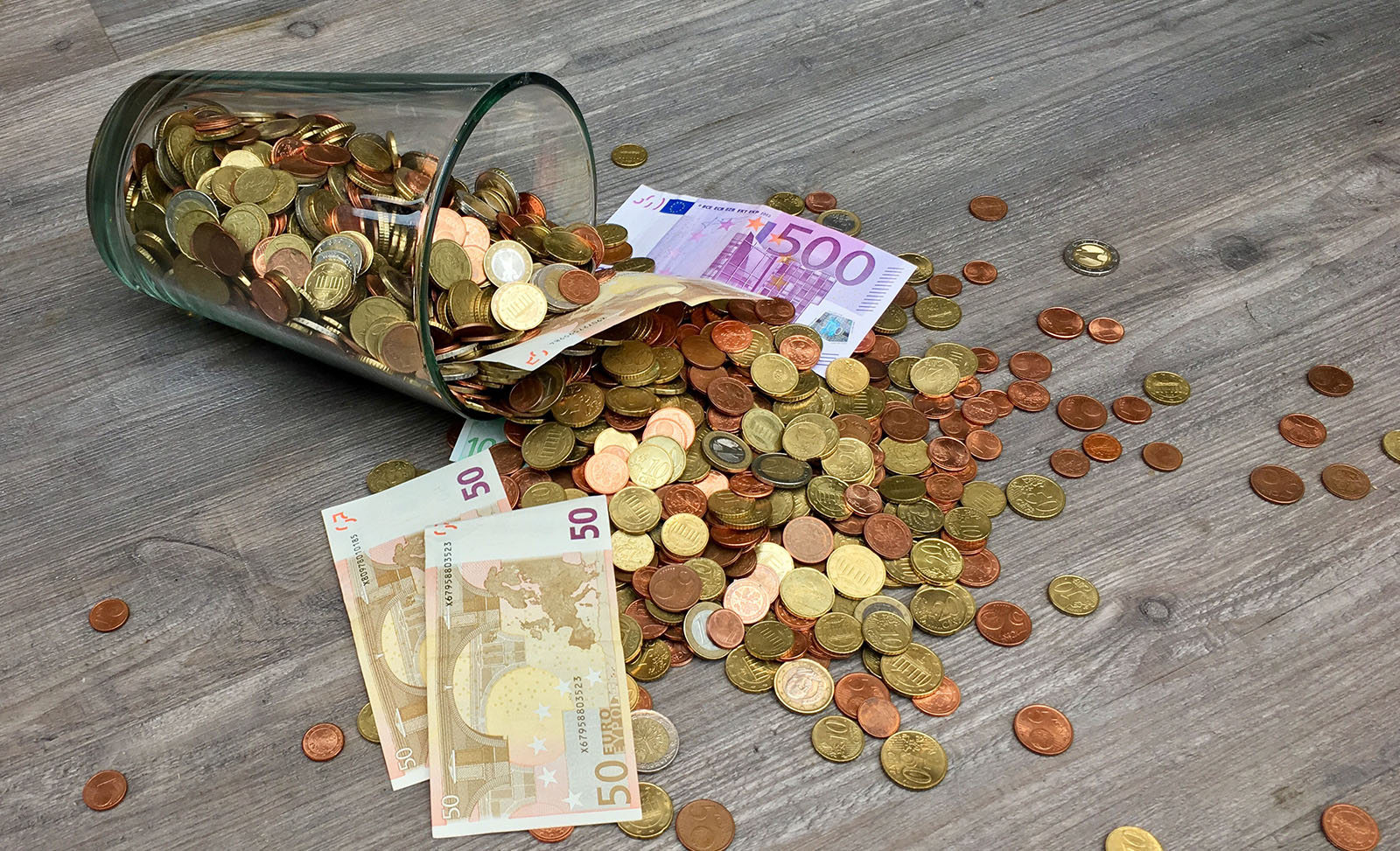